Presented in partnership with BDO and SCMA

While recent economic news both internationally and here in Canada has certainly been mixed, it appears that overall supply chain salaries have bounced back from a dip last year.

But that overall rise hasn’t meant an increase for PurchasingB2B readers, who in fact saw a drop in how much they made over 2014. And while women took home more this time around than last year, the increase was less than what men saw, resulting in an even greater gap between the sexes.

That’s according to the results of the 2015 Annual Survey of the Canadian Supply Chain Professional. PurchasingB2B conducts the survey each year along with MM&D and Canadian Shipper magazines, as well as the Supply Chain Management Association (SCMA).

According to our 2015 survey, the mean salary for Canadian supply chain professionals hit $92,182. That’s a sizeable jump from the 2014 average of $86,987 and represents a six-percent increase over last year. For PurchasingB2B readers the mean salary is $78,637, or 14 percent lower than the survey’s overall average.

Across the board, each region of Canada received an increase in their mean salary. That differs from last year’s results, which saw several regions experience either nominal increases or a decrease.

Once again, Albertans took home the largest salaries, with the average at $104,392—an increase of 6.4 percent over last year. In 2014, Alberta saw a 4.7-percent dip in the average to 98,109—the first decrease for the province since the survey began.

Not surprisingly, what kind of organization you work for—and how big that company is—affects how much you make. The highest average ($109,450) went to companies with annual revenues of over $1 billion. That’s followed by organizations with revenues between $51 million and $1 billion.

Despite recent turmoil in the energy industry, the natural resources sector was the only one to weigh in above the overall average. Supply chain professionals in that sector took home $104,231. At $91,889, the service sector was second highest, followed by healthcare at $90,996. Companies with the most employees also saw the highest salaries. Organizations with more than 500 employees saw an average of $98,916, followed by those with between 100 and 499 workers ($86,511) and under 100 ($83,853).

Salary by city
Not surprisingly, the city in which someone lives and works also makes a difference to their salary. For PurchasingB2B readers, by far, living in Edmonton means the highest pay. The average salary in that city for our readers is $144,200. The next highest-paying metropolitan region is Ottawa-Gatineau at $124,500, followed by Sudbury at $97,000.

Position type
How much people made in supply chain over the past year depended in large amount on what position they held. Not surprisingly, those at the executive level took home the most, with an average of $148,571 (among PurchasingB2B readers the number was $142,400). Managers and consultants also did well, with those positions earning an average of $105,122 and $104,880 respectively.

All other job titles fell below the national average, with supervisors coming the closest at $91,808. In fifth place was the engineering/professional title, at $80,368.

To see where you stack up, visit our online salary calculator.

Brought to you by our survey partners:

BDO has extensive experience working with a range of clients in the traditional and emerging areas of distribution, providing us with firsthand knowledge of trends and insights. We understand your business. Our international network of industry professionals has a wide range of financial and advisory expertise to support your changing needs.

As the leading and largest association in Canada for professionals in supply chain management, the Supply Chain Management Association (SCMA) is the national voice for advancing and promoting the profession. SCMA strives to ensure that employers recognize the critical contribution that SCM professionals make to the success of their organizations. SCMA sets the standard of excellence for professional skills, knowledge and integrity. With nearly 8000 members working across the private and public sectors, SCMA is the principal source of supply chain training, education and professional development in the country.

Inflation is rising. Will salaries keep up?

It’s no surprise if grocery and gasoline prices have made you gulp lately. Canada’s inflation rate hit an 18-year high... read more

Millennials And The Job Market 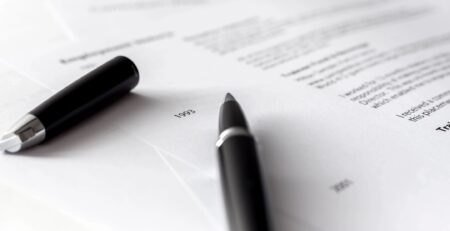 When's the best time to look for a job? Winchester's Director, Neil Drew, offers his advice to this question,... read more

The pandemic caused a massive shift in the modern-day work environment and the job market. Since 2020, COVID-19 has caused... read more

Why It’s Risky to Bet on Working from Home Forever

Now that people have a taste of working from home, more candidates are seeking roles that are exclusively remote. Some... read more

Here we go again. We’ve all been here before – the lockdowns, the uncertainty, the frustration that things still haven’t... read more 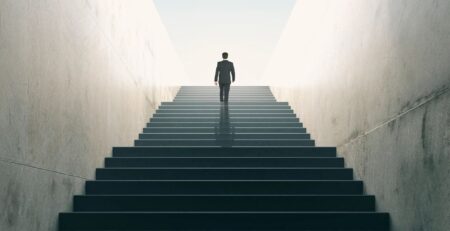 The candidate aced the interview, passed the reference checks and seemed thrilled by your job. So why did they... read more

Vaccine Mandates Are Here. Are You Ready For Them?

“Are you vaccinated?” Job seekers should get used to hearing this question from prospective employers as the COVID-19 pandemic drags... read more

Temporary Workers: a way to prevent team burnout in procurement

A study was conducted this year stating that almost 4 in 10 Canadian employees are experiencing an increased burnout... read more

Check out this week's video from Neil Drew. He discusses the importance on preparing for Q4 hiring. Visit https://www.youtube.com/watch?v=CyUKkJLm6EM&t=1s to... read more

Recent layoffs at high-profile tech companies like Shopify, Meta and Amazon may spark anxiety for job seekers, but the... read more